Airline pilot Peter Weber flew into the hearts of women everywhere and left all of America shocked and heartbroken when Hannah Brown decided to end their relationship. Now Peter is back and ready to once again capture hearts across the nation as he returns for another shot at love as the star of the 24th season of ABC's hit romance reality series The Bachelor.

Peter's search for his soul mate takes off to new heights on premiere day when a few women earn their wings on a daring group date plus other romantic dates – a first ever on a bachelor premiere – and will feature a special surprise visitor who has everyone talking!

A native of Westlake Village, California, Peter, 28, grew up just minutes from The Bachelor mansion. He was raised with a strong example of the marriage he wants by his loving parents. Having met while working on the same flight over thirty years ago, Peter's parents have set the perfect example of lasting love. He and his brother, Jack, followed in their parents' footsteps, developing a passion for aviation. At 23, Peter was working as a pilot, and by 25, he landed his dream job as captain for a major commercial airline. All that is missing now is someone with whom Peter can share his life.

The new faces of Bachelor Nation. Here are Peter's women - be sure to check them out!

Victoria Paul
With a new season perpetually around the corner, it can be hard to keep up with goings-on in the Bachelor nation. To help you catch up, start by checking out the most recent Bachelor and Bachelorette. 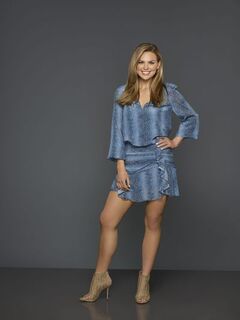 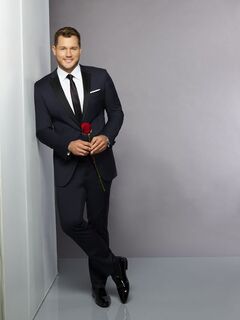 Colton Underwood, the Season 23 Bachelor
Of course, neither The Bachelor nor The Bachelorette are entirely about love. Sometimes, they're about pure, cold-hearted strategy. Overplay your hand, though, and you might be looking at the show in the rear view mirror. Here are a few contestants whose gameplaying skills left a bit to be desired.

We're an ABC OFFICIAL wiki made by fans — and most importantly for fans — of ABC's Bachelor Nation franchise. Whether you like The Bachelor, The Bachelorette, Bachelor in Paradise — or anything else that happens in the Nation — we're a great place for you to be! Wanna help us celebrate the love? Sign up for a free account and start editing today!

Chris Harrison hosts all the major shows that are a part of Bachelor Nation. An author, actor, and producer he wes also an Emmy-nominated host of another ABC franchise, Who Wants to Be A Millionaire. He has been with The Bachelor since its inception in 2002. He also hosted or co-hosted the Miss America pageant throughout most of the 2010s.