Chris Harrison reprised his role from The Bachelor and The Bachelorette as the host of the show.

The winners of the second season were Jade Roper and Tanner Tolbert, Samantha Steffen and Nick Peterson, and Cassandra Ferguson and Justin Reich.

Like in the previous season, it continued filming in Mexico but this time, it is taking place at the Playa Escondida Resort in the town of Sayulita, located in Vallarta-Nayarit, Mexico.

Prior to start of the season, Ashley Salter from the 19th season The Bachelor, was offered a spot to join the show during that season's Women Tell All and later accepted the offer. Along with Salter, 10 of the other 15 contestants from the first batch were revealed on June 10, 2015 in which they were confirmed. Plus, four castoffs from the most recent season of The Bachelorette also joined the show. The mystery contestant revealed is Lauren Iaconetti, the sister of Bachelor season 19 contestant Ashley Iaconetti. 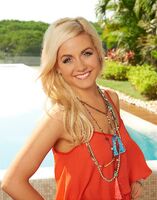 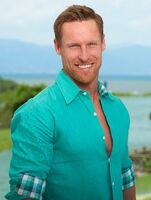 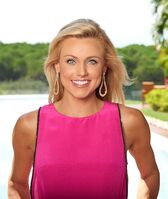 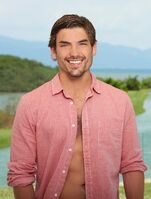 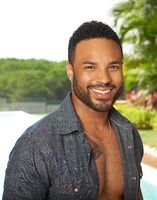 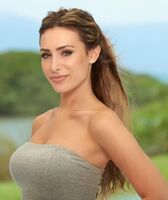 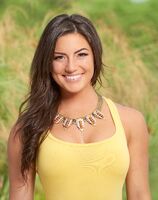 Ashley was in a relationship with Kevin Wendt whom she met on The Bachelor Winter Games. They broke up shortly after the show ended.

In May 2018, after nearly three years of "will they or won't they?", Ashley and Jared announced that they were dating. They got engaged on June 17, 2018, in Mexico, while filming for the 5th season of Bachelor in Paradise. They were married on August 11, 2019 in Rhode Island.

Cassandra and Justin broke up and she began dating Jonathan, who was also on this season of Bachelor in Paradise. They have since ended their relationship.

Nick and Samantha announced their breakup on October 9, 2015.

Ashley S. married her college sweetheart Austin Brannen on September 10, 2016. They have one child, son Brooks, who was born on April 7, 2016. On September 18, 2019, they announced that they are expecting their second child, a daughter. In March 2020, they had their daughter, Kennedy.

Juelia Kinney got engaged to Aaron Bass, brother of Evan Bass, on July 25, 2018. On July 15, 2020, they announced that they are expecting their first child.

Joshua married actress Allison Paganetti in October 2018. On August 12, 2019, they announced that they are expecting their first child. Their son, Alden Joshua, was born on January 25, 2020.

Amber is currently in a relationship with Weston Kappel.

Chris was engaged to Katie Morton whom he met on the 6th season of Bachelor in Paradise. They announced their break-up on December 10, 2019. He briefly dated Katrina Badowski from the 24th season of The Bachelor.

Clare was engaged to Benoit Beauséjour-Savard whom she met on The Bachelor Winter Games. They announced their split on April 6, 2018.

Clare is currently engaged to Dale Moss whom she met on her season of The Bachelorette.

Megan got engaged to Kyle Davis on February 16, 2019. They were originally getting married on May 2, 2020 but the wedding was postponed due to the Covid-19 pandemic. They were married in July 2020.

Jade & Tanner
A two-carat stone with an emerald-cut diamond surrounded by 12 smaller round diamonds designed by Neil Lane. The ring is reportedly worth $88,000.
Community content is available under CC-BY-SA unless otherwise noted.
Advertisement