View source
watch 02:56
Doctor Strange in The Multiverse o Madness - The Loop
Do you like this video?
Play Sound

Chris Harrison reprised his role from The Bachelor and The Bachelorette as host of the show.

The winners of the fifth season were Jenna Cooper and Jordan Kimball and Krystal Nielson and Chris Randone.

During the Women Tell All of the 22nd season of The Bachelor, host Chris Harrison announced that Bekah Martinez was scheduled to be in Paradise for the upcoming season, but a few months later, she declined to join, due to having a boyfriend.

For the first time, it was announced past contestants from the international versions of The Bachelor franchise will join the cast similar to The Bachelor Winter Games and the Australian version. On June 26, 2018, the cast of season 5 of Bachelor in Paradise was announced.

After Wills Reid was eliminated during week 7, it was announced that he would be joining the season 5 cast in Paradise.

It was announced that Colton Underwood would be joining the cast of season 5 in Paradise after he was eliminated during week 8 after the hometown dates.

Wells Adams returned as the bartender alongside Yuki Kimura from The Bachelor Japan and The Bachelor Winter Games. 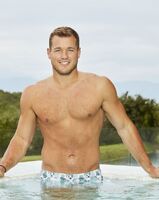 Since the show Jordan has ended his engagement to Jenna when text messages of her relationship with another man surfaced. Jenna continues to say that they are fabricated, but Jordan believes in his heart that they are not.

Jenna is currently in a relationship with Karl Hudson IV. On January 25, 2020, she announced that they are expecting their first child. On February 16, 2020, they revealed that they are having a girl. Their daughter, Presley Belle, was born on May 30, 2020.

Jordan is currently in a relationship with Christina Creedon.

Krystal and Chris were married on in an intimate ceremony officiated by Chris Harrison at the Vidanta Hotel in Puerto Vallarta. On February 14, 2020, they announced that they had mutually decided to separate.

At the After Paradise show, Annaliese and Kamil broke up.

John and Olivia continued to talk after Paradise, but ultimately chose to be friends.

Despite breaking up in Paradise, Kendall and Joe decided to give their relationship another try. On January 29, 2020, the couple announced that they are no longer together.

Astrid and Kevin also decided to give their relationship a second try. They got engaged on August 28, 2019.

Colton was in a relationship with Cassie Randolph whom he met on his season of The Bachelor. On May 29, 2020, Cassie and Colton announced on both of their Instagrams that they have broken up.

Chelsea got engaged to David Gilman in June 2020.

Angela was in a 8-month relationship with Clay Harbor.

Jacqueline is currently in a relationship with Paul Seli. 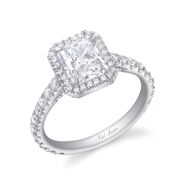 Ashley & Jared
A dazzling 2.4 carat diamond and platinum ring made by Neil Lane. 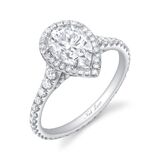 Krystal & Chris
Handmade in platinum and just over two carats, the ring is a pear-shaped diamond centrally set within a halo of 94 smaller round diamonds.

Jenna & Jordan
Handmade diamond and platinum ring — with a total diamond weight of over 1.5 carats — is set with a cushion-cut diamond that is further accented with 158 full-cut round diamonds.
Community content is available under CC-BY-SA unless otherwise noted.
Advertisement