June 8, 2020 - TBA
The Bachelor: The Greatest Seasons - Ever! is a compilation show featuring the most memorable seasons in Bachelor and Bachelorette history.

With over 18 years, hundreds of men and women, countless romances and some heartbreaks along the way, Bachelor Nation has witnessed some of the most unforgettable love stories in television history. Beginning Monday, June 8, "The Bachelor: The Greatest Seasons - Ever!" will take audiences on a journey to look back at some of the most dramatic moments ever from "The Bachelor" franchise in a 10-episode series event.

Each Monday, Chris Harrison will reach into the vault and bring back one of his favorite seasons, highlighting some of the most devastating rose ceremonies, passionate proposals, unexpected new arrivals, dramatic meltdowns, biggest breakups, and, of course, the most romantic moments. The weekly retrospectives will also include virtual catch-ups with fan-favorite Bachelor alumni, checking on the latest in their lives after their final rose. 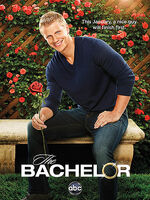 The series begins Monday, June 8, with Sean Lowe, whose unforgettable proposal stands out as one of the greatest in the history of The Bachelor. But before he found his happily ever after seven years ago, the former Kansas State football player from Dallas, Texas, greeted 26 stunning women who stepped out of the limos, excited about the possibility of romance. In his season we were introduced to Lesley, with whom Sean broke the Guinness World Record for the longest on-screen kiss; Catherine, with whom he found a genuine and deep connection with; AshLee, who melted his heart with the story of her adoption as a little girl; and Sarah, who found the courage to free fall from the top of a skyscraper. Relive the dramatic and heartbreaking moments, including Tierra's explosive fallout with AshLee, the most confrontational hometown visit with Desiree, and the devastating moment Lindsay, who showed up on the first night in a wedding dress, realized that she would not be getting the proposal she had hoped for. 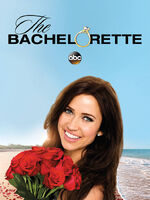 Kaitlyn Bristowe forged her own path on her journey to find love, creating one of the most controversial seasons in franchise history. It all began with two Bachelorettes from Chris Soules' Bachelor season - Kaitlyn and Britt Nilsson – vying for the affections of the bachelors that first night. Once Kaitlyn officially became the Bachelorette and earned the right to capture one lucky man's heart, all bets were off. 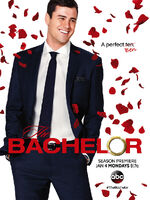 When one of the most beloved Bachelors - Ben Higgins - had his heart broken by Kaitlyn, he wondered if he would ever find love. Not only did three women declare their love for him, but Ben made Bachelor history by sharing his feelings with not just one but two bachelorettes before the proposal day, making for one of the most surprising endings of all time. 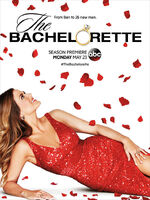 JoJo made up for her heartbreaking goodbye from Ben Higgins when a number of amazing men from her season fell hard and fast for her. She couldn't understand how Ben could fall in love with two people at the same time - until it happened to her. How JoJo handled this romantic challenge, along with the exploits of Chad and the emerging popularity of Wells as a Bachelor Nation favorite, made this one fun rollercoaster ride to find love.

Which man would capture JoJo’s heart? Would it be Wells, the radio disc jockey from Nashville who got some special TLC from the Bachelorette when he almost passed out during the firefighter group date? Chris Harrison will reminisce the unforgettable moment along with Wells and his now fiancée, Sarah Hyland, as well as his anxiety-inducing date when he finally summoned the courage to kiss JoJo for the very first time. Although JoJo sent Wells home, he has made his mark as the celebrated bartender on Bachelor in Paradise.

Chad was another matter. He was able to fool JoJo for a while by only showing his sweet and sensitive side, but he reverted to his confrontational style of competing with the other men until his classic two-on-one date with fellow Marine, Alex. JoJo finally saw the real Chad and cut him loose. Wells and Evan, who bravely stood up to Chad, share with Chris how they were able to deal with this quintessential bad boy being one of the bachelors.

JoJo had another unforgettable two-on-one date with Derek and Chase. While it ended in tears for Derek, Chase was the lucky man to get to the fantasy suite - almost. Once Chase gathered his courage to share his real feelings with JoJo, she needed to make a difficult decision about her future with him. Derek relives his unfortunate ending on The Bachelorette with Chris.

Luke, the strong silent war veteran, fell hard for JoJo but made a critical mistake in not revealing what was in his heart until it was too late. He returns to tell Chris why he didn't open up sooner and how he came back from his heartbreak. Finally, when it came to proposal day, JoJo was facing the two men she had fallen in love with - Robby and Jordan - and one was in for an unpleasant surprise. JoJo and her fiancé, Jordan, visit Chris from their home to share that tumultuous final day of their romantic journey and what has happened since.

And Chris has a quarantine check-in with Tyler Cameron from his home in Florida. And will his friend and newly announced Bachelor Matt James make a surprise appearance? 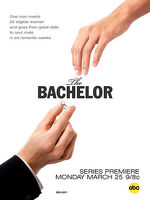 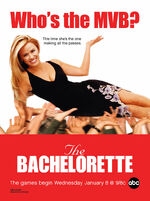 Watch as the inaugural seasons of "The Bachelor" and "The Bachelorette" kicked off nearly two decades of romantic exhilaration and drama, and showcased the two amazing journeys of Alex Michel and Trista Sutter to find love. Relive the first rose ceremony, the first kiss, the first "steal", the first limo arrival, the first hot tub, the first helicopter and the first proposal, as Chris Harrison takes viewers back to some of the most memorable moments in franchise history. 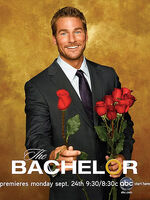 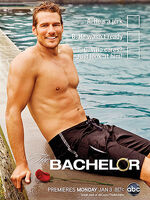 There is only one man who has searched for love as the Bachelor twice: Brad Womack. The charming Texas bar owner journeyed through two jaw-dropping seasons as he met and romanced some of the most impressive women ever to be introduced to Bachelor Nation. Brad's first season ended in one of the most shocking moments in Bachelor history as he sent both Jenni Croft and DeAnna Pappas home, and his second began with "the slap heard 'round the world". Through it all, women like Emily Maynard, Ashley Hebert, Michelle Money and Chantal O'Brien shared their powerful stories. How did they impact Brad's decisions and how did he affect their lives and his? 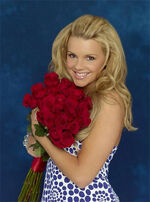 Ali's search for love took her to some of the most exotic locations around the world – Iceland, Istanbul, Turkey; Lisbon, Portugal and ultimately to the island paradise of Tahiti. Who could forget the men vying for Ali's heart, including Kasey Kahl and Justin Rego? Ali will share the behind-the-scenes scoop of those emotional days as she visits with Chris Harrison from her home. What shocking secret has she been holding onto when it comes to one of the men she fell for? Relive her colorful story filled with romance, heartbreak and "man drama". 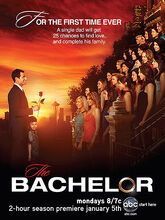 Jason Mesnick, the first single parent ever to be the Bachelor or Bachelorette, was devastated when DeAnna Pappas rejected his proposal on The Bachelorette. So although he was heartbroken, he wanted to find someone special not just for himself but for his son, Ty. The twists and turns in Jason's love story were shocking as he fell hopelessly in love with his final two women: Melissa Rycroft and Molly Malaney. Jason's proposal day was just the start of the heart-wrenching finish to find his soul mate. Revisit this iconic season with one of most unexpected conclusions in Bachelor history. 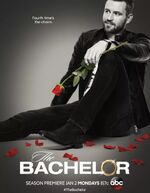 Nick Viall never gave up on love despite how challenging his journey became to find his soul mate. He was one of the final two men on both Andi Dorfman's and Kaitlyn Bristowe's seasons, yet never had the opportunity to propose. He had another chance to find love on Bachelor in Paradise with Jennifer Saviano from Ben Higgins' season. He fell in love but their relationship didn't ultimately end with a proposal. Despite his fears of rejection, he agreed to become the Bachelor and hand out the roses. Would his concerns prevent him from opening his heart one more time? 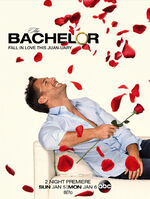 Juan Pablo, the charming soccer player and single dad from Venezuela went from being the sexiest man alive to one of the most controversial Bachelors in franchise history. Simultaneously, Bachelor Nation was introduced to Clare Crawley. Her search for love with Juan Pablo not only changed her life but promises to make her own romantic journey to find her soul mate a memorable one. Chris Harrison will chat with trailblazing Bachelorettes Trista Rehn Sutter and Kaitlyn Bristowe, plus Andi Dorfman, DeAnna Pappas-Stagliano and Becca Kufrin, who will look back at this season and celebrate Clare's upcoming quest for her happy ending.

Sharleen Joynt, the elegant and sensual opera singer, was another of the amazing women whose physical chemistry with Juan Pablo was off the charts. Unfortunately, she discovered that the important emotional connection she needed just wasn't developing, so she walked away. Now almost seven years later, Chris checks in virtually with Sharleen from her home to find out what tipped her decision to leave.

Bachelor Nation first met Andi on Juan Pablo's season. The future Bachelorette was one of his final three women. She thought she was falling in love with Juan Pablo and visited the fantasy suite; but the next morning, she couldn't wait to leave. Why the sudden drastic change of heart? Chris talks with Andi from her home about that stunning overnight date and the astounding breakup that followed.

Although Clare had a bumpy road to love with Juan Pablo, she was looking forward to becoming his wife. But on their last date together, he whispered something to her during the helicopter ride that was about to change everything. Later that night, Clare confronted Juan Pablo, but Bachelor Nation's collective jaws dropped when she seemed satisfied with his answer. Chris chats with Bachelorette standouts Trista and Kaitlyn, who shed some light on what Clare must have been experiencing.

On proposal day, Clare finally saw Juan Pablo for who he was. She stood up for herself and put him in his place – one of the most incredible and empowering moments in the history of "The Bachelor". Two Bachelorettes – DeAnna Pappas-Stagliano and Becca Kufrin – will discuss this iconic moment in Bachelor history with Chris from their homes, as well as what Clare's triumph meant to them. In the end, Juan Pablo chose not to propose to his chosen woman, Nikki Ferrell. How did she feel about leaving as his girlfriend and not his fiancée? She shares her thoughts on the situation with Chris in a remote interview from her home.

Finally, Clare will join Chris from quarantine on location where she is waiting to meet the men who will be on her upcoming season of "The Bachelorette". She'll share her thoughts about Juan Pablo's season and her own. What actually happened that day in the helicopter? What secrets will she reveal about her upcoming journey to find love? Clare's long-awaited season is almost here.