View source
watch 01:32
She-Hulk Trailer Dropped - The Loop
Do you like this video?
Play Sound

No
The 26th season of The Bachelor premiered on January 3, 2022. It features 28-year-old Clayton Echard, a medical sales representative.

Clayton previously appeared on Michelle Young's season of The Bachelorette.

He ultimately chose to pursue a relationship with Susie Evans.

Men from The Bachelorette who had been considered for the lead role were Tyler Cameron and Mike Johnson from Hannah Brown's season; Ben Smith from Clare Crawley and Tayshia Adams's season; Greg Grippo, Andrew Spencer and Michael Allio from Katie Thurston's season. However, Tyler had turned down the role because of his contract with Fox's The Real Dirty Dancing.[2][3]

It was reported on September 7, 2021, the casting director preferred the next lead would be someone from Michelle Young's season of The Bachelorette, although Young's season had yet to air. Media outlets reported on September 15 that Clayton Echard was named the Bachelor. The next day, the production crew was also reported in his hometown of Eureka, Missouri to film intro segments, with crowds cheering in the street and the downtown area.[4][5]

Clayton was officially announced as The Bachelor on November 30, 2021.[6]

Filming began on September 29, 2021 on its traditional production schedule including a start at the famous Villa de La Vina mansion in Agoura Hills, California for the first time since Peter Weber's season with COVID-19 protocols have remained in place. In addition the return of full-time travel of this season, including international dates would assure a safety with mass vaccination in target travel locations, and the return of normal hometown dates. As the last four Bachelor Nation seasons were filmed during the COVID-19 pandemic.[7]

33 potential women were announced on September 25, 2021 on the official Bachelor Facebook page. The final 31 women were revealed on December 15, 2021.

Jesse Palmer was announced as the new host on September 28, 2021.

The season began with 31 contestants.

Gabby Windey and Rachel Recchia were selected as the Bachelorettes for season 19 at the After the Final Rose special.

Note: Salley Carson was not included in the call-out as she chose to drop out of the show a couple of hours before limo arrivals.

Susie Evans reached out to Clayton Echard right after filming ended and they officially became a couple in December 2021. They are still together. 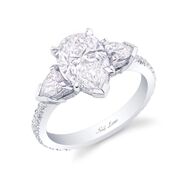