Yes
The 1st season of The Bachelorette premiered on January 8, 2003. The season featured 30-year-old Trista Rehn, a physical therapist.

The season re-aired in a shortened version on July 6, 2020, as a part of The Bachelor: The Greatest Seasons - Ever!.

She was previously rejected by Alex Michel on the 1st season of The Bachelor.

She ultimately chose Ryan Sutter and accepted his proposal.

The season started with 25 contestants.

Bob Guiney was chosen to be the bachelor on the 4th season of The Bachelor.

She ultimately chose Ryan Sutter and accepted his proposal. Rehn and Sutter were married on December 6, 2003 on national television. Trista and Ryan are still together and have two children, son Maxwell Alston (born July 2007) and daughter Blakesley Grace (born April 2009). 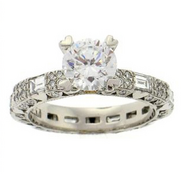 Trista reportedly lost the engagement ring that Ryan proposed with — a round diamond from Harry Winston with heart-shaped accents. 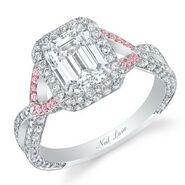 Ryan bought her a second ring, and for their 10th wedding anniversary, she got an upgrade ring from Neil Lane.
Community content is available under CC-BY-SA unless otherwise noted.
Advertisement