Yes
The 10th season of The Bachelorette premiered on May 19, 2014. The season featured 26-year-old Andi Dorfman, an assistant district attorney.

Unlike the rest of the Bachelorettes (except Sharleen), Dorfman was not sent home by the Bachelor on her season, the 18th season of The Bachelor, featuring Juan Pablo Galavis. Instead, she chose to leave on the ninth episode, the morning after her overnight date in the fantasy suite with Galavis, because he upset her. She is the second woman to become the Bachelorette after quitting a season, the first being Ali Fedotowsky.

She ultimately chose Josh Murray and accepted his proposal.

The Bachelorette and her male contestants began shooting on Wednesday, March 12, 2014 in California. Other locales include Connecticut, France, Italy and Belgium with performances from Boyz II Men and American Young.

Just before the cast announcement, Eric Hill, a 31-year-old intrepid quest traveler from California, was critically injured on Easter Sunday, April 20, when he slammed into a mountain near Draper, Utah. His parachute had collapsed during a paragliding accident after he concluded his filming. Hill died of injuries three days later on April 23. It was announced the show would honor Hill by dedicating the upcoming season to him.

On the season premiere, host Chris Harrison dedicated the season to Hill:

"Throughout the years many hundreds of men and women have come on this show in search of love, and they've all become a part of what we consider part of this family. At this time, we'd like to take a moment to honor one of these men — our friend, Eric Hill. Eric passed away shortly after concluding his filming of this show. In the coming weeks, you'll see Eric was a vibrant man. Every day he impressed us with his passion and courageous spirit. He will be greatly missed, and we dedicate this season to him."

NOTES
†Eric died on April 23, 2014, after having already completed his filming.

Third place finalist Chris Soules was selected as the bachelor in the 19th season of The Bachelor. Sattler made a surprise cameo in Soules' introduction video.

Runner-up Nick Viall later competed once again in the 11th season of The Bachelorette where he entered in during week 4.

Viall would later return to compete for the third time in the 3rd season of Bachelor in Paradise. Brett Melnick, Carl King, and Josh Murray also returned to compete for that season as well.

On August 30, 2016, Viall was announced as the bachelor for the 21st season of The Bachelor.

Andi and Josh announced their breakup in January 2015.

Josh got engaged to Amanda Stanton who originally appeared on the 20th season of The Bachelor. The couple met on the 3rd season of Bachelor in Paradise. They have since ended their relationship.

Marcus Grodd married Lacy Faddoul whom he met on the 1st season of Bachelor in Paradise. Their wedding was televised during the season 2 premiere. On June 16, 2016, Marcus confirmed to E! News, that he and Lacy are no longer together and that they never were legally married, because their wedding took place in Mexico.

On April 24, 2017, Chris Soules was arrested and charged with leaving the scene of a fatal truck/tractor accident in Aurora, Iowa that left a 66-year-old Iowa man dead. Soules, who was driving a truck that rear-ended a tractor about 15 miles south of Soules' farm in Arlington, Iowa, was not charged with driving under the influence. On May 8, 2017, he was formally charged with "hit and run, resulting in death". He faces up to five years in prison if found guilty. His arraignment is set for Tuesday, May 23, 2017. His trial is January 18, 2018.

Nick Viall starred on the 21st season of The Bachelor and got engaged to Vanessa Grimaldi. On August 25, 2017, Nick and Vanessa announced that they had decided to end their engagement. 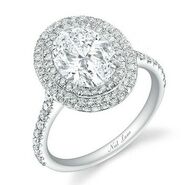 Andi’s Neil Lane ring featured a double-halo setting around a 3-carat oval center stone. The ring is worth a reported $72,000.

1/8
Community content is available under CC-BY-SA unless otherwise noted.
Advertisement