The 2nd season of The Bachelorette premiered on January 14, 2004. The season featured 30-year-old Meredith Phillips, a make-up artist.

She was previously rejected by Bob Guiney on the 4th season of The Bachelor.

She ultimately chose Ian McKee and accepted his proposal.

Meredith and Ian were engaged at the end of the show, but ended their relationship in February 2005. 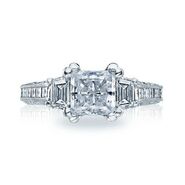