Yes
The 9th season of The Bachelorette premiered on May 27, 2013. The season featured 27-year-old Desiree Hartsock, a bridal stylist.

She was previously rejected by Sean Lowe on the 17th season of The Bachelor.

She ultimately chose Chris Siegfried and accepted his proposal.

Casting began during the airing of the 8th season of the show, in 2012. Before the Bachelorette was chosen, one potential candidate, Misee Harris, a pediatric dentist from Tennessee, was vying to become the first black Bachelorette. Her social media campaign was covered in a number of major news outlets, including The Huffington Post. According to the website Jezebel, Harris had previously been selected to be a contestant on The Bachelor, only to not take the role for fear of being the 'token' black woman. At that point every star in all 25 combined seasons of The Bachelorette or The Bachelor had been Caucasian, with show producer Mike Fleiss stating to the media that non-caucasians simply didn't appear at the casting calls. Announced late in 2012, the selected Bachelorette was Desiree Hartsock (born 1986), a bridal stylist from Northglenn, Colorado. Like the Bachelorettes in the previous seasons, Hartsock had been a contestant on the 17th season of The Bachelor, having been sent home by Sean Lowe after the hometown dates episode in season 17. Misee Harris went on to work as a model and entrepreneur, founding a line of mouthguards and starting Project Smile, an organization that "focuses on promoting self-esteem in children". A contestant from season 9, soccer player Juan Pablo Galavis, became the first non-Caucasian star for the combined franchises the following year, appearing in season 18 of The Bachelor.

Filming began shortly after the season finale of The Bachelor, with many places including Atlantic City, New Jersey, the German state of Bavaria, Barcelona, Spain and the island of Madeira in Portugal. With appearances from Andy Grammer, Soulja Boy, Darius Rucker, Kate Earl and Matt White.

Juan Pablo Galavis was later chosen as the bachelor for the 18th season of The Bachelor.

Dan Cox, Michael Garofola and Mikey Tenerelli returned in the 2nd season of Bachelor in Paradise. Garafola was eliminated in 26/27th, Cox quit in 17th, and Tenerelli quit in 15th.

She ultimately chose Chris Siegfried and accepted his proposal. Hartsock and Siegfried were married on January 18, 2015. Desiree and Chris currently live in Seattle, Washington. On April 27, 2016, they announced that they are expecting their first child, a boy. They welcomed their son, Asher Wrigley Siegfried, on October 19, 2016. Their second son, Zander Cruz, was born on January 12, 2019.

Robert Graham dated Becca Tilley from the 19th and 20th season of The Bachelor. They broke up in May 2017 after starting a relationship in 2016.

Zak Waddell married Elizabeth Waddell in 2015. They welcomed their first child, a son, Finn Louis, on August 28, 2017. Zak's sister Carly Waddell became a contestant on the 19th season of The Bachelor and the 2nd season of Bachelor in Paradise. 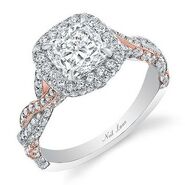 1/9
Community content is available under CC-BY-SA unless otherwise noted.
Advertisement